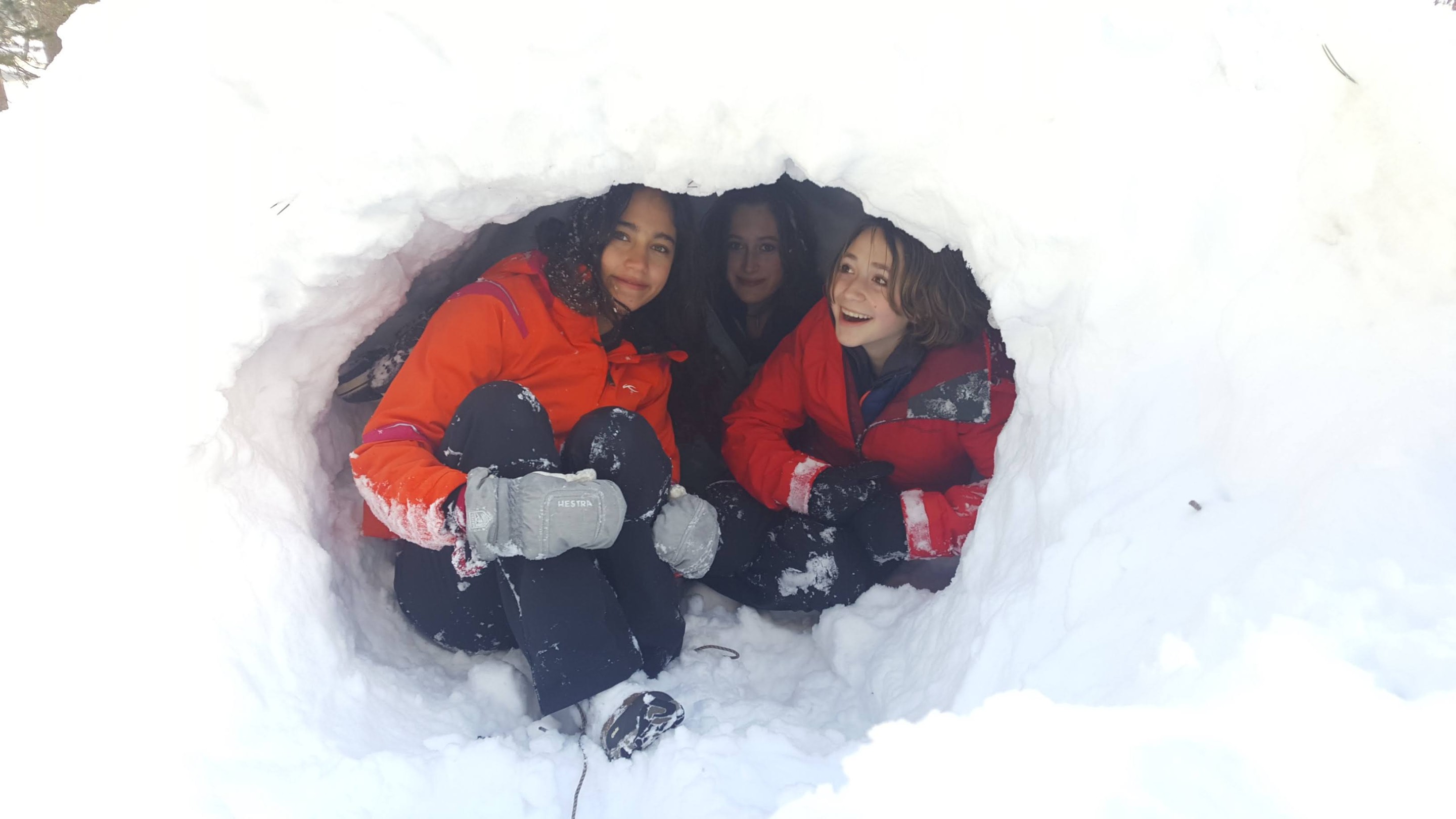 Do roads impact water quality in the snowpack? How does a forest or an open meadow change snowpack depth?

These are just some of the questions students examined at the recently completed Headwaters Science Institute’s Bay School Snow Science Camp in the Sierra Nevada’s Olympic Valley – topped off with a healthy portion of cross country skiing, playing in the snow and even learning how to build an emergency snow shelter.

“I thoroughly enjoyed this trip, from going out into the meadow of snow and taking samples, to cross country skiing,” Bay School camper Coco told Headwaters. “I learned so much over the course of this trip, especially about the chemicals in snow, such as pH and how that affects drinking water and the native biotic species.”

The camp kicked off with students watching our Lunch With A Scientist talk with Dr. David Hill of Oregon State University to give them background on snow science and how we measure snow in the field.

Arie Koshkin, a graduate student studying snow science at University of Nevada Reno, brought her expertise to the camp examining the effects of fire on snow pack. She even brought some cool instruments from her lab for the students to use.

“I really enjoyed being in the snow and learning about its role – from the chemical composition of snow to skiing,” Arie, another camper, said. “I also met a lot of new people and found friends with similar interests in science. This trip was really amazing and I can’t wait to continue exploring science.” 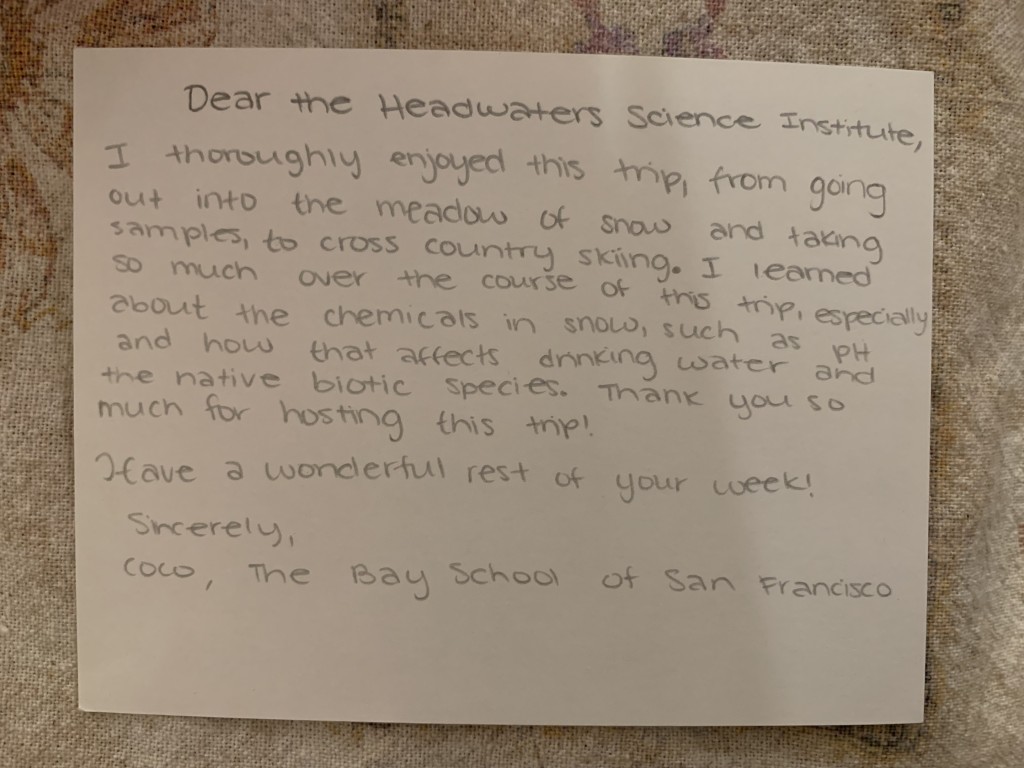 Check out more photos from the camp here.