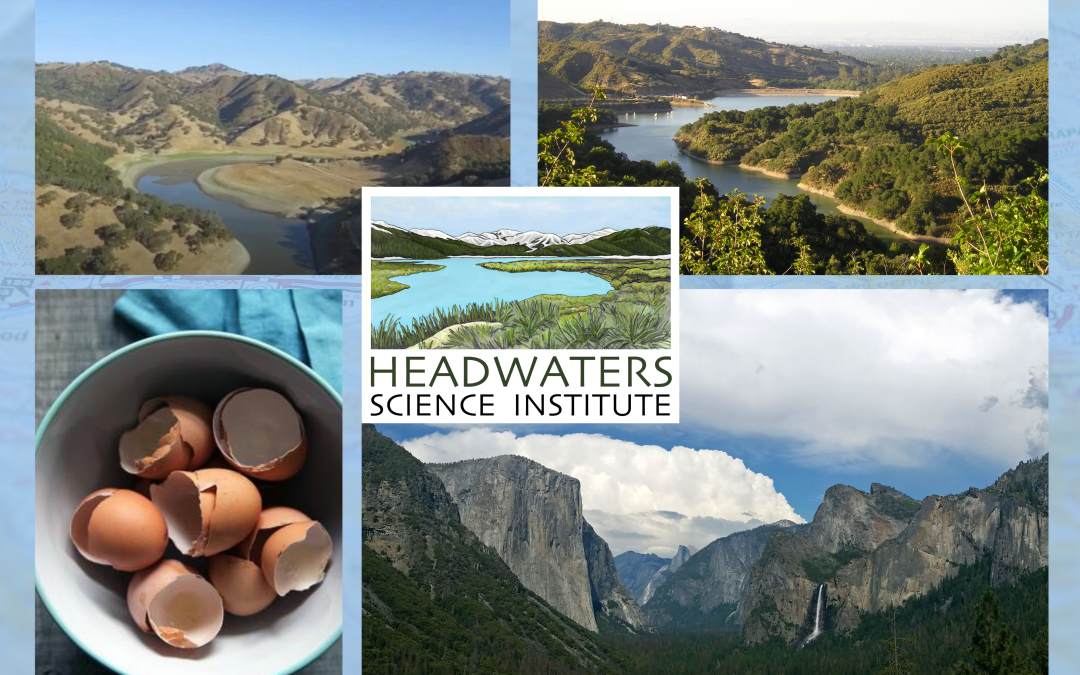 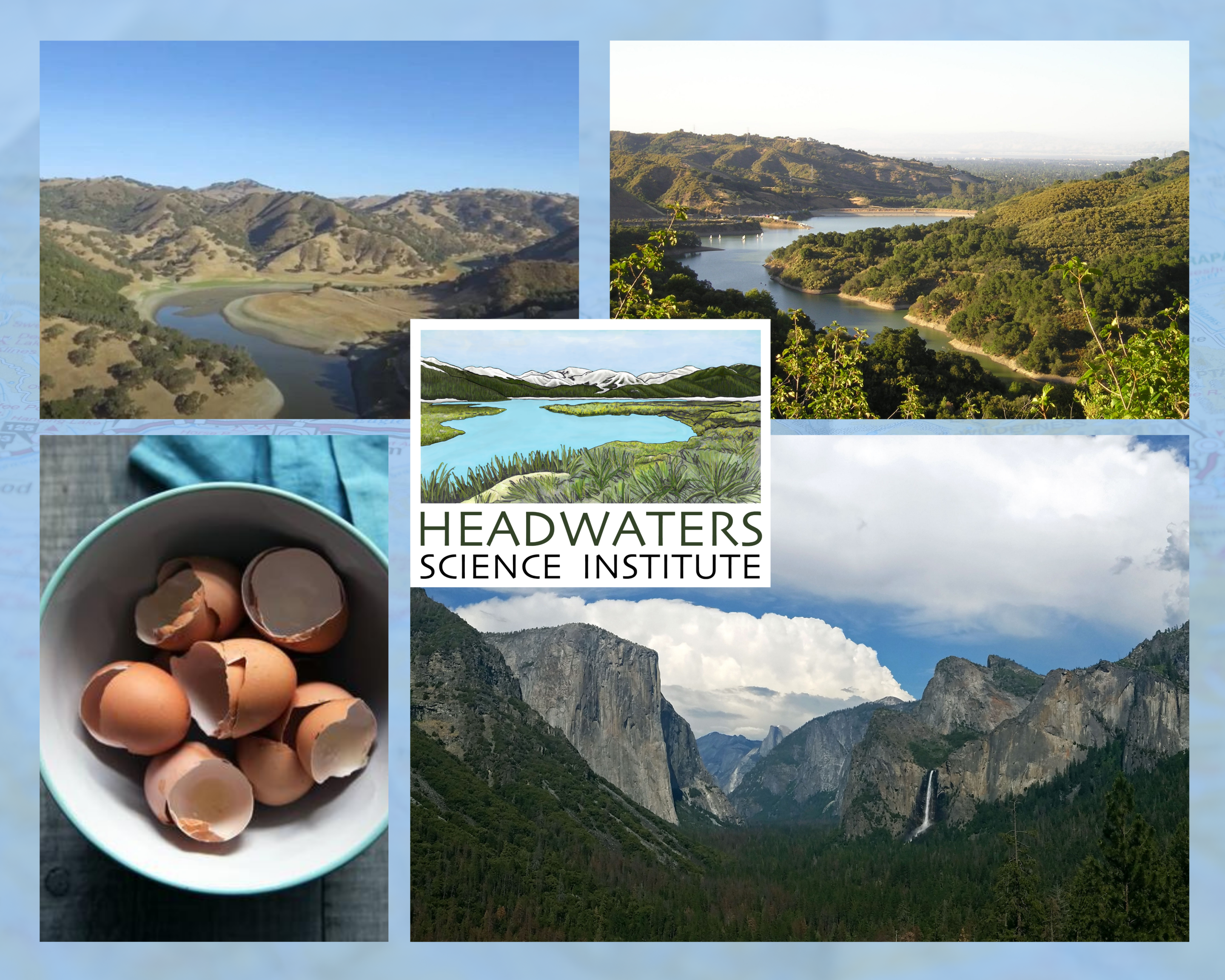 She was a middle schooler with a passion for bird watching when she joined Headwater Science Institute’s Research Experience just a year ago. Now she’s a published researcher attending college at 14 years old.

Lara Tseng’s stunning educational evolution, from middle-schooler to full-time student in the Early Entrance Program at CSULA, is just one example of the success experienced by graduates of Headwater’s Research Experience. In fact, she’s one of four recent Headwaters students who had their research manuscripts published in the Journal of Emerging Investigators.

Colin Saltzgaber, a senior at the Nueva School in San Mateo, Calif., cited his published work on vegetation in the Yosemite Valley as a primary contributing factor to his acceptance into the University of Pennsylvania.

Thresia Vazhaeparambil, a senior at Harker School in San Jose, Calif., published her research studying the dams, reservoirs, and watersheds in the foothills surrounding her home.

And in 2020, Monta Vista High School student Ryan Li was published for his research on the relationship between macroinvertebrates, water quality, and the health of a creek near his home.

A huge congratulations to all four of our students! Below is more on each project and how the Research Experience helped in their journey to being published.

LEARN MORE ABOUT THE RESEARCH EXPERIENCE

A passion for birds turns into an educational opportunity

“I just never was expecting something like a manuscript to be a part of the equation, but Headwaters encouraged me to do that,” Lara Tseng said. “My research mentor helped me with writing and editing the manuscript because, especially in middle school, there really isn’t a lot of that incorporated into the curriculum. Headwaters and the people there definitely guided me through the experience so I didn’t really feel like I was alone or afraid to approach something.”

Lara’s project focused on eggshell consumption in different reproductive stages and broods of the Western Bluebird. She was inspired after reading an article about feeding eggshells to wild birds and trying it in her own backyard. She had also begun to monitor bluebirds the previous year.

She called the impetus to her research as a “combination of interest and coincidence,” a good starting point for many good scientific inquiries. She’s since enrolled in CSULA, one of the few programs in the nation that allows students 16 and under to be full-time university students.

“For me, the Research Experience changed a lot of things about my perception of science,” she said. “… It taught me about the different aspects of a study: Going from the initial observation that leads to a question that you’re interested in, discovering the answer to it and then hypothesizing and creating a methodology that actually works and then actually going through with that methodology and producing results and drawing some sort of conclusion from those results.

“One thing that surprised me is the results; they don’t have to match up with your hypothesis. It can be completely different, and it can still be really important impactful research.”

A dream to attend UPenn becomes a reality

Colin Saltzgaber has had his eye on attending the University of Pennsylvania, where his dad graduated from, for as long as he can remember. He said his Research Experience was a big part of being accepted, specifically a letter of recommendation from Headwaters Executive Director Meg Seifert.

“Meg touched upon not only the work I did with Headwaters, but also she wrote about broader things like work ethic and how I contributed to help Headwaters outside of science, whether it was through donations or giving talks helping other students out,” said Colin, who plans on studying mineralogy and geology at Penn. “The Headwaters program itself, it was one of things I talked a lot about, ways I could back up my interest in mineralogy and geology.”

Colin’s research project focused on vegetation in relation to slope in the Yosemite Valley. He said the path to getting published was “tedious and stressful, to be honest,” but rewarding and well worth it in the end.

“This stuff is really important and something I’ll take to college with me,” he said.

Environmental concern for her own backyard becomes published research

Thresia Vazhaeparambil read with concern about the proposed expansion of the Pacheco Reservoir in Santa Clara County and decided to do something about it. Her Research Experience project put a literal microscope on the impact of dams on the nitrification of the surrounding ecosystem.

“The rendering of the proposed expanded reservoir will increase the reservoir’s operational capacity up to 140,000 acre-feet of water,” she said. “Dams have many widely known benefits to humans, but not many people are aware of the harmful effects they can have on their surrounding environment.

“An expansion of this magnitude will have significant and severe impacts on the reservoir’s ecosystem, which is why I wanted to further study dams and the nitrification of their surroundings.”

She echoed Colin’s sentiments of the publication process being arduous but worth it.

“I was not expecting the depth of feedback that I received and was surprised by the extensive nature of the process,” she said. “… It was reviewed by three scientists with relevant expertise in the specific field in addition to the editors and reviewers of the journal itself. While the process seemed intimidating at first, it was an exciting learning experience.”

Finding large-scale climate phenomena in his own backyard

Ryan Li also based his project out of interest in the water quality in a prominent watershed in the San Jose area, studying the relationship between macroinvertebrates, water quality, and the health of Stevens Creek.

He said his favorite part of the process was “the opportunity to delve deeply into an area of science which I have been interested in while helping to make new potential discoveries which relate to that field of science as well as the study area.”

He said the publication process helped him improve his ability to translate findings into writing.

“I would say to a student considering entering this program that they should definitely give it a go,” he said. “Even if you don’t have an exact idea of what your research project would look like, the people who run the program will help you narrow down and guide you through the process of writing a research paper.”

The past two weeks Headwaters was in Auburn, CA working with the 8th grade at Forest Lake Christian School (FLCS) to learn about how water changes along the Sierra Watershed. Instructors brought water from the Truckee River, Santa Rosa, and Walnut Creek to FLCS for students to test to see how their school pond differed from water at the top and bottom of the watershed.

Some topics studied were changes in pollution, salinity, hardness, and pH across the various water samples. Students were surprised to learn that their pond was not as polluted as they thought after observing group 1 (pollution intolerant) macroinvertebrates living in the pond.

This Headwaters program, like all our programs, was centered around student driven research, and 94% of students felt that their group was in charge of their own project. Dissimilar to traditional middle school science labs, where students are told explicitly what to do, FLCS 8th graders took ownership of their experiments from conception to execution resulting in almost all of the students feeling that they were in charge of their project.