It’s Fun To Do Science in the Fresh Air

Headwaters hosted an introduction to research camp at the Clair Tappaan Lodge at Donner Summit last week for 18 students. Students thoroughly enjoyed their 3-day, 2-night field camp – as one said, “It’s fun to do science in the fresh air!” Thanks to the Tahoe Mountain Resort Foundation for funding this program and helping us bring these middle school students out to experience scientific research, mentorship, professional caliber scientific exploration, and the wonders of the Sierras.

We hoped to provide an opportunity for students to fully participate in the scientific process. We started camp with an overview of available methods for data collection to help students begin to think about what kinds of research questions can be asked and answered in the environment we are in with the tools we have available. Then we will start designing research questions in groups of about 5 and start thinking about what’s the best way to go about data collection. Some of the questions they came up with were “which species of trees die most commonly and why are there so many dead trees?” and “does soil pH affect how well a tree grows?” which were really insightful and set us up for some fun exploration throughout camp.

We spent most of the second day collecting data in the field, which required getting muddy to collect water samples. Some of the field techniques we practiced were:

“I had a lot of fun catching insects and gathering data!” and as another student said “this was a really fun day!”

We dove into data analysis and interpretation of results on the third day. Because students were interpreting their own data, even those who had some trepidation about analysis grew comfortable and confident leading up to their final conclusions. Presentations were great! Everyone was so excited to share what they had found and proud of their accomplishments.

Students were especially grateful to have Bryn Anderson (Headwaters’ program manager), Beth Fitzpatrick (PhD student at University of Wyoming), Cas Carroll (PhD student at UNR), and Chloe Gorman (bachelor’s student at Claremont College) for guiding them through this program.

Our science mentors were very nice and excited to teach us new things. They are passionate about science!

Using the natural world to investigate a research topic in the field of ecology allowed students to really experience the process of science firsthand through a diverse set of research questions and we’re grateful to the Tahoe Mountain Resort Foundation for their funding. Headwaters always strives to make our programs, and by extension hands-on science education, approachable, accessible, and affordable and the Tahoe Mountain Resort Foundation shares these values, committing key support to this program. 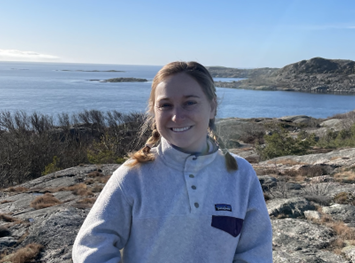 This past week 7th-grade students from the Oakland School of Language, a dual language Spanish English public middle school in Oakland, California, came to the Clair Tappaan Lodge on Donner Summit for a snow science program with Headwaters. This was the first time many of the students had seen snow before and presented a very special opportunity for them to study the source of much of California’s water. One of the unique aspects of this program for Headwaters was that many of the students did not speak English. While some of our instructors could teach in both Spanish and English other instructors communicated to students using teachers as translators.

This system of text-based google translation worked quite well allowing their teacher to step back and spend more time with other groups. At the end of the program, these students walked up to their teacher and told him “See look what we did [refering to their presentation] and we did it all without you with an instructor didn’t even speak Spanish.” The teacher later described this event to Headwaters staff as “the best snubbing he has ever received.”

Through their Headwaters program, these students not only completed a rigorous independent research project, but they also proved to their teacher and themselves that they could successfully complete complex tasks with someone who can only speak English. The pride they took in this accomplishment shows in their declaration of independence from their translator. Language barriers are massive and daunting hurdles, but these students were engaged in their research projects and met to this challenge with determination and a problem-solving mindset. While Headwaters programs typically don’t set out to help students break down language barriers, the critical thinking and self-motivation demonstrated here are exactly what we aim to pass on to every student we work with.

This program would not have been made possible without support from many members of the Oakland community, the Sierra Club, and Tahoe Donner XC. Thank you all for making this great educational experience possible.

Students from California Middle School found a lot more snow than they were expecting this weekend at the Clair Tappaan Lodge on Donner Summit. During this science trip, they spent 3 days designing and completing their own original scientific research projects. They came up with a wonderfully creative spread of research questions such as: What are the sound muffling properties of snow? Do we find more invertebrates where there are fewer birds?

In total students collected over 1,000 data points to test their hypotheses. Over the course of the trip students spent over 13 hours of their time dedicated to science alone, which is the equivalent to 2 weeks of science class.

Between all this hard work, students were able to sneak in some group bonding time sledding, building an igloo, and playing games around the lodge. Beyond creating some impressive sled runs and research projects, students also practiced valuable science skills. Between pre- and  post-program surveys 100% of students reported overcoming a challenge with their projects and the percentage of students who responded as “Very Confident” in their ability to apply the scientific method increased by 30%.

One of the two groups of students studying invertebrates found that invertebrates were highest near water sources and in tree stumps. In addition to overcoming their fear of spiders, this group concluded that insects were more common near water because of the role water plays in many insects’ reproductive life cycles. They also hypothesized that more invertebrates were found in stumps because most of these insects were decomposers and that the stumps may have offered invertebrates shelter from the cold weather.

Some students used speakers and audio recording equipment to measure how different depths of snow could muffle sound. They found that 50 cm of snow could almost completely muffle the loudest sound a human could make.

Three students surveyed snow depth around the lodge to learn about factors that affect snow depth in the spring. They collected data in areas that had been impacted by humans as well as in undisturbed places. They found that places humans had walked had average snowpack that was of 30% less than nearby undisturbed areas. These students thought that this was because people walking on snow caused to become dirtier, and therefore darker, which led to that area melting faster.

Understanding the mechanics of snow melt in the Sierra is especially for the hydrologists who manage California’s many reservoirs in order to prevent flooding and supply drinking water throughout dry summer months. For more information about the importance of water in the Sierra, check out a previous blog post with information on the water cycle.

Headwaters would like to thank the Sierra Club for partnering with us to offer lodging at the Clair Tappaan Lodge.