Last week, a group from the Met Sacramento threaded the needle between two major snow storms to do a snow science program with Headwaters at the Clair Tappaan Lodge on Donner Summit. With 4 plus feet of snow falling in the days prior to the program, there was a lot of snow to study.

The focus of the program was to investigate the structure of the Sierra snowpack and learn how this translates to water availability. Coming from Sacramento, the broader impact of these projects resonated with these students who live in the farming capital of the country. After the shock of seeing the lodge they were staying at partially buried, the students dug in, literally, to their science projects.

Here are a few highlights from their projects.

One group of students investigated patterns in snow density in the snowpack to better understand how much water was stored in the snow. They found that the older snow deeper in the snowpack was more dense than the newer snow at the top. On average, the 7 foot deep snowpack they measured was 25% water, which is equivalent to 21 inches of standing water!

Two other groups focused on snow temperature. While the snow may seem uniformly cold, these students found large temperature gradients within the snow. The snow nearest the ground was always close to 0 celcius. The snow closer to the surface was much colder between -6 and -10 celcius. Students hypothesized this was because the ground was warmer than the cold winter air we were experiencing.

The lodge was buried too.

A different group looked at how human activity might be impacting the snow. They measured total dissolved solids (how many ions such as salt) were in melted snow samples from different locations. They found that both new and old snow in undisturbed locations contained almost nothing but air and water. However, they did find much higher values in proximity to roadways. While these roadways had not been salted, students speculated that mechanical breakdown of sand put on the roadways could be a source of the pollutants measured.

We had a great time digging holes and exploring the snowpack with these students. From pre and post program surveys it appears they not only enjoyed the trip but also got a lot out of it. The percentage of students who said they were “very confident” in their ability to apply the scientific method increased 29%. Furthermore, the number of students who were “very interested” or “somewhat interested” in a science related career increased by 12%.

Many of these students had never seen snow before, so getting to test first hand where their water comes from was an impactful experience. Support from three groups made this trip affordable for the students. The Sierra Club gave this group a lodging scholarship to help cover room and board costs, Tahoe Donner Cross Country donated snowshoes to help students access their field sites in the deep snow, and support from 2018 Headwaters donors allowed us to further subsidize trip costs. Thank you to everyone who made this trip possible. 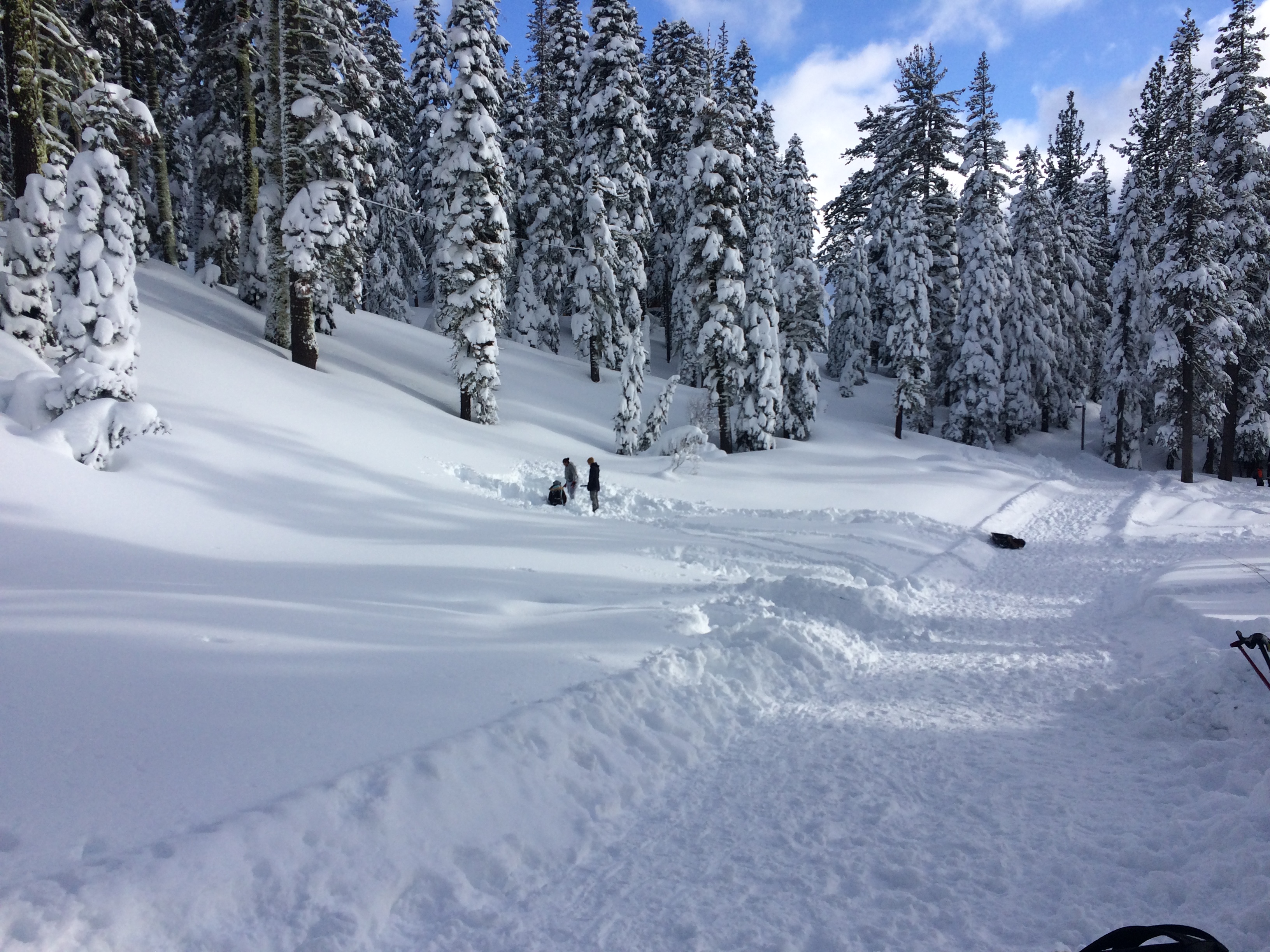