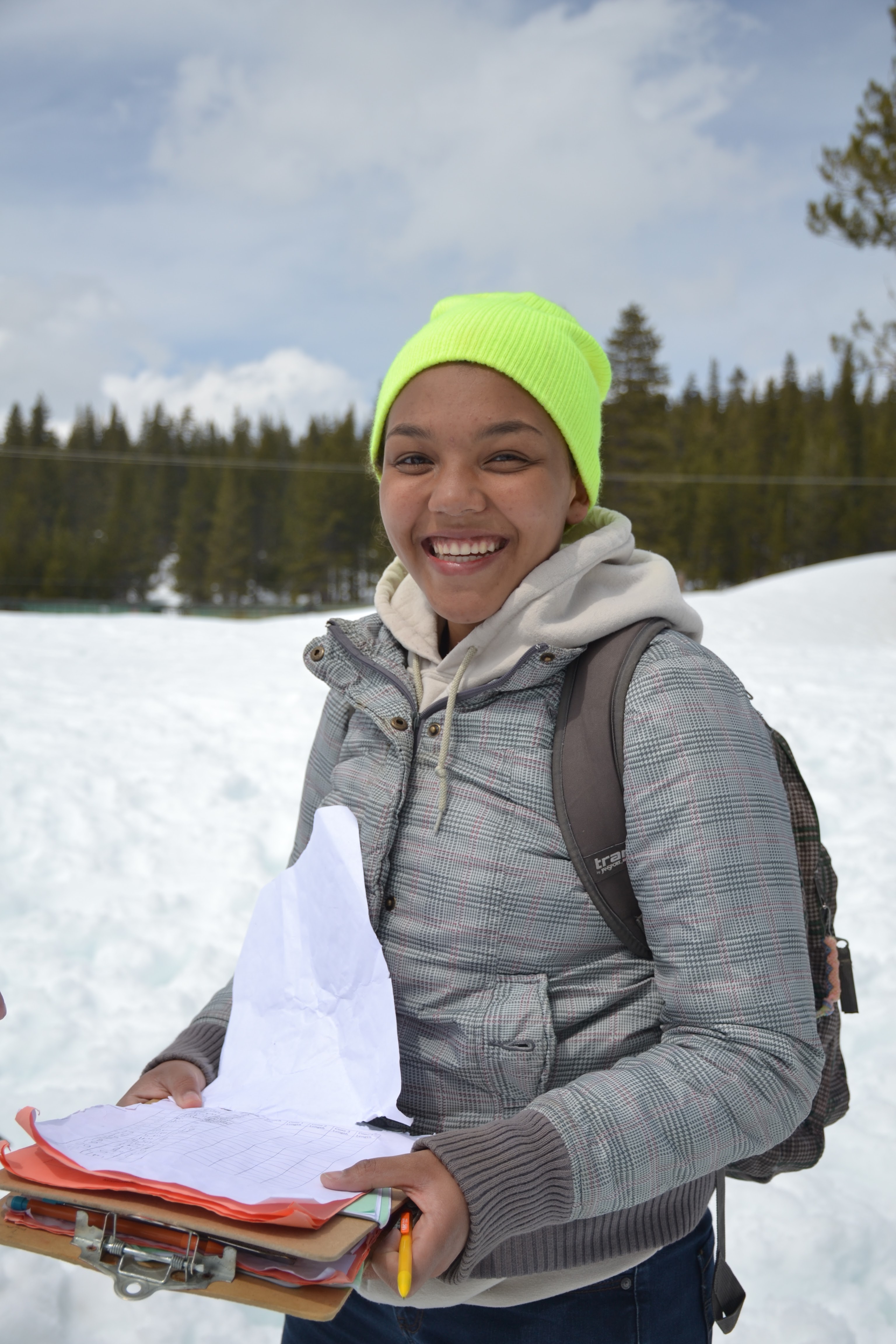 students from the Met Sacramento High School and the Sacramento Adventist Academy came to Donner Summit to work with Headwaters Science Institute in order to study the Sierra snowpack that sources over 60 percent of the state’s drinking water. Students from both schools asked original scientific questions about the factors that affect snowmelt, water quality and availability. During their time on Donner Summit they conducted experiments and collected data in order to try to answer their research question. Headwaters instructors mentored students through conducting science projects while Tahoe Donner XC provided snowshoes that allowed students to travel around the field sites collecting data first-hand. 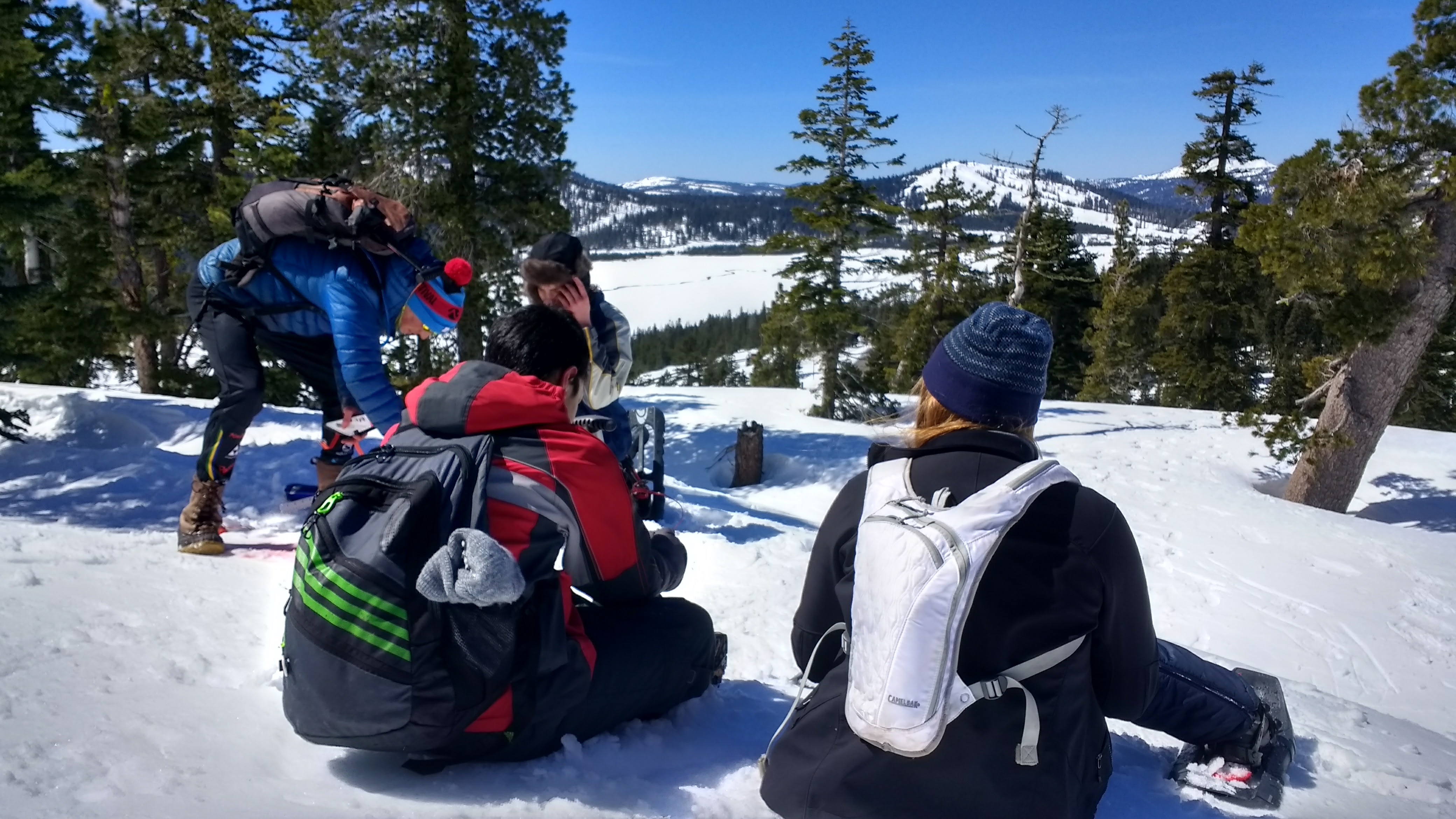 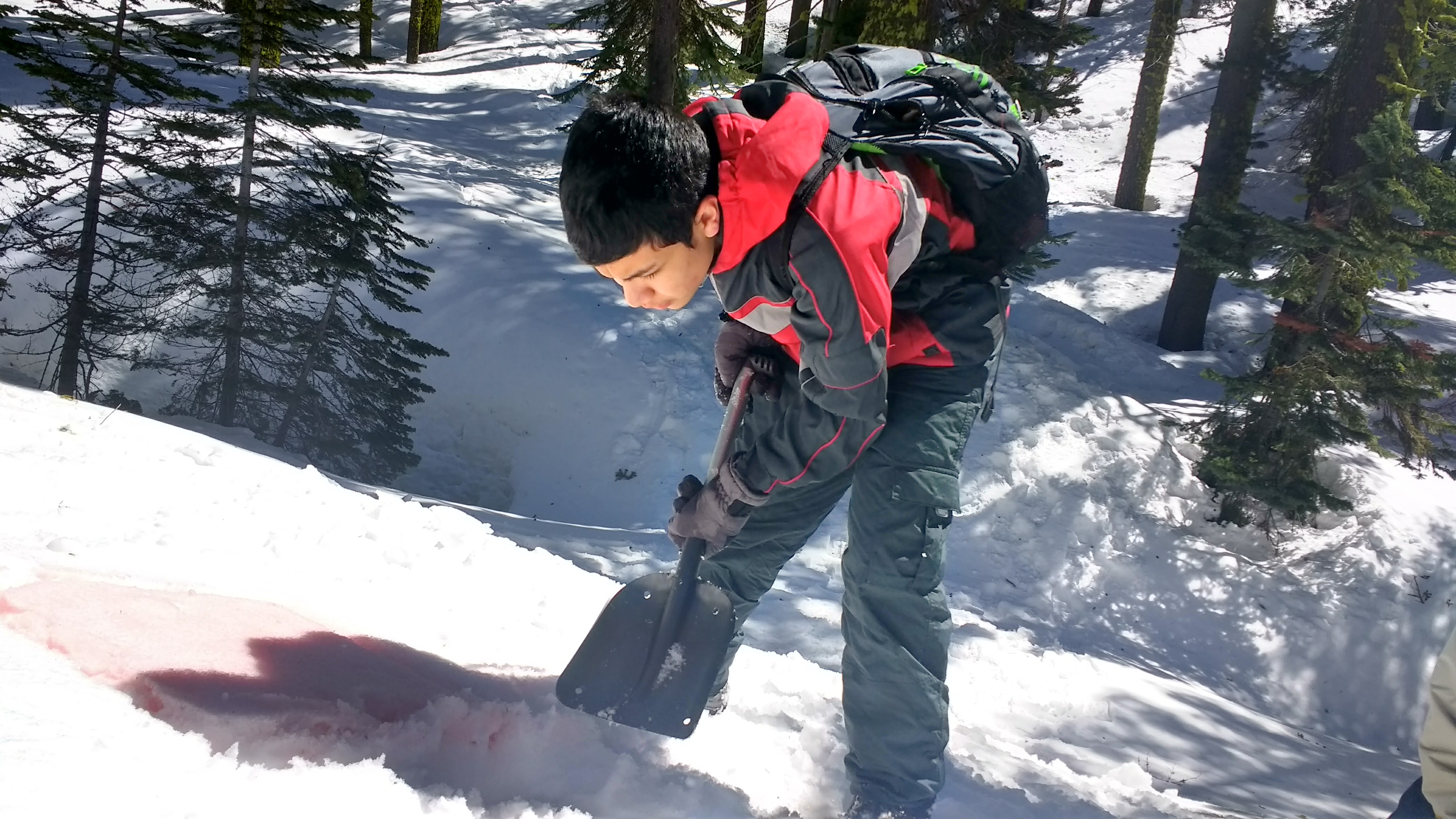 Students from the Met Sacramento
High School spent three days at the Clair Tappaan Lodge on Donner Summit. Among the many research projects the class completed, two groups used dye to track meltwater movement in the snowpack. They found that snow temperature, aspect, and crystal type can affect how water drains through the snowpack. These students also found there is a temperature gradient in the snowpack with the snow closest to the group being the warmest. Separate groups tested meltwater chemistry looking at human impacts on water quality and changes in water pH 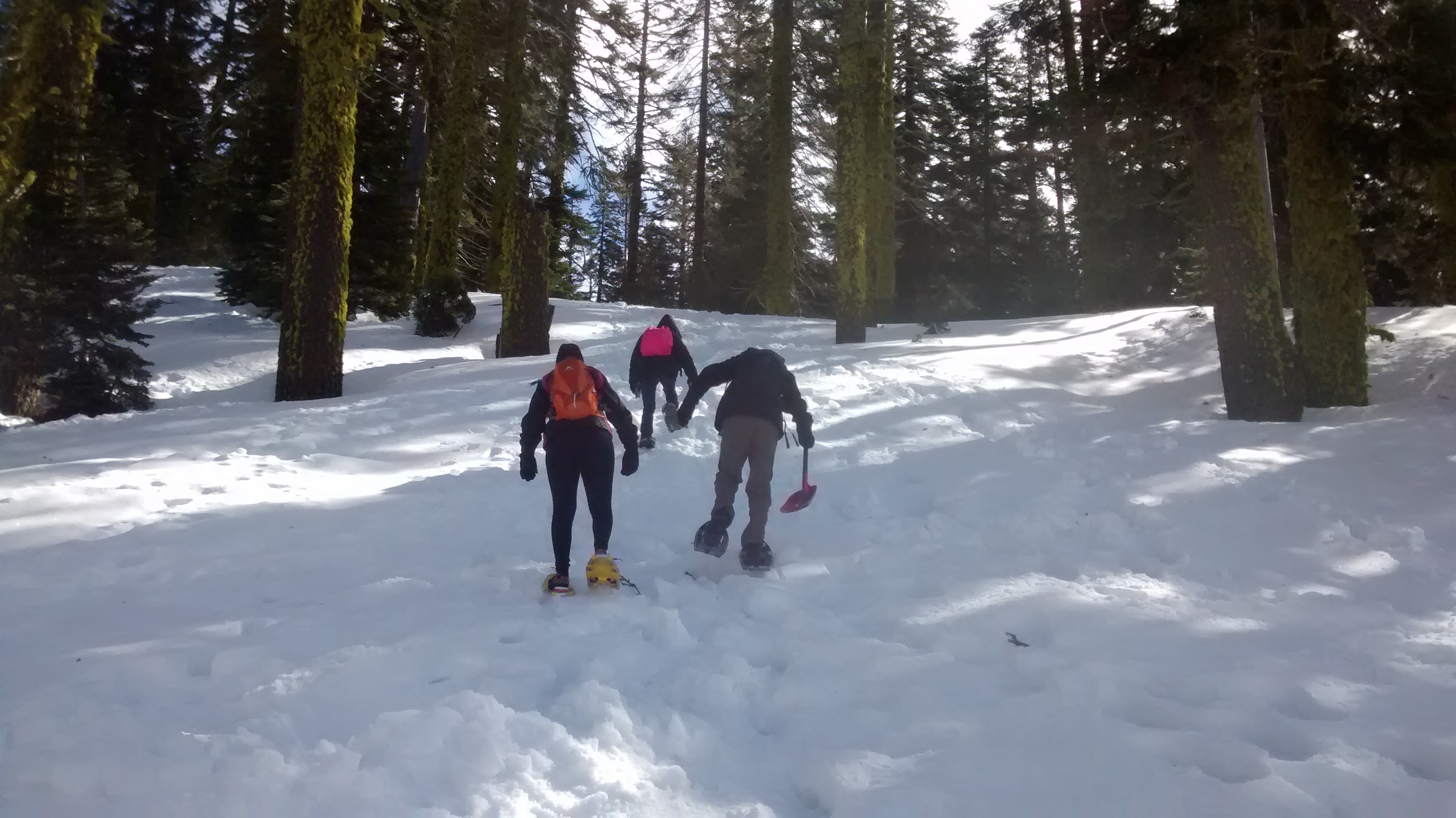 across different elevations. All of the students gained valuable experience conducting scientific research, analyzing data, and giving a scientific presentation. This trip was made possible by a lodging scholarship from the Sierra Club and the snowshoes donated from TDXC. In exit surveys, over 80% of students reported that the program positively impacted their view of science. 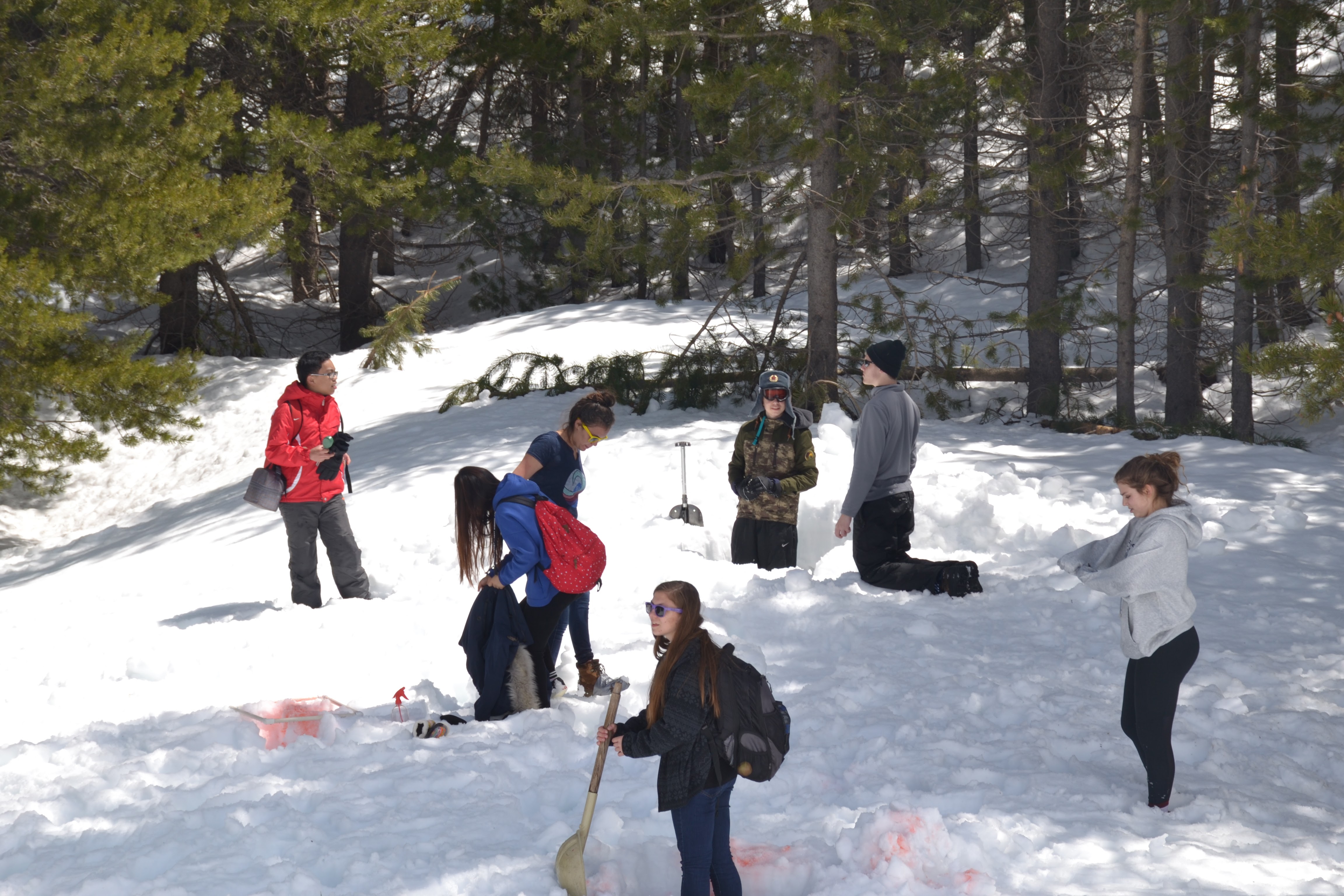 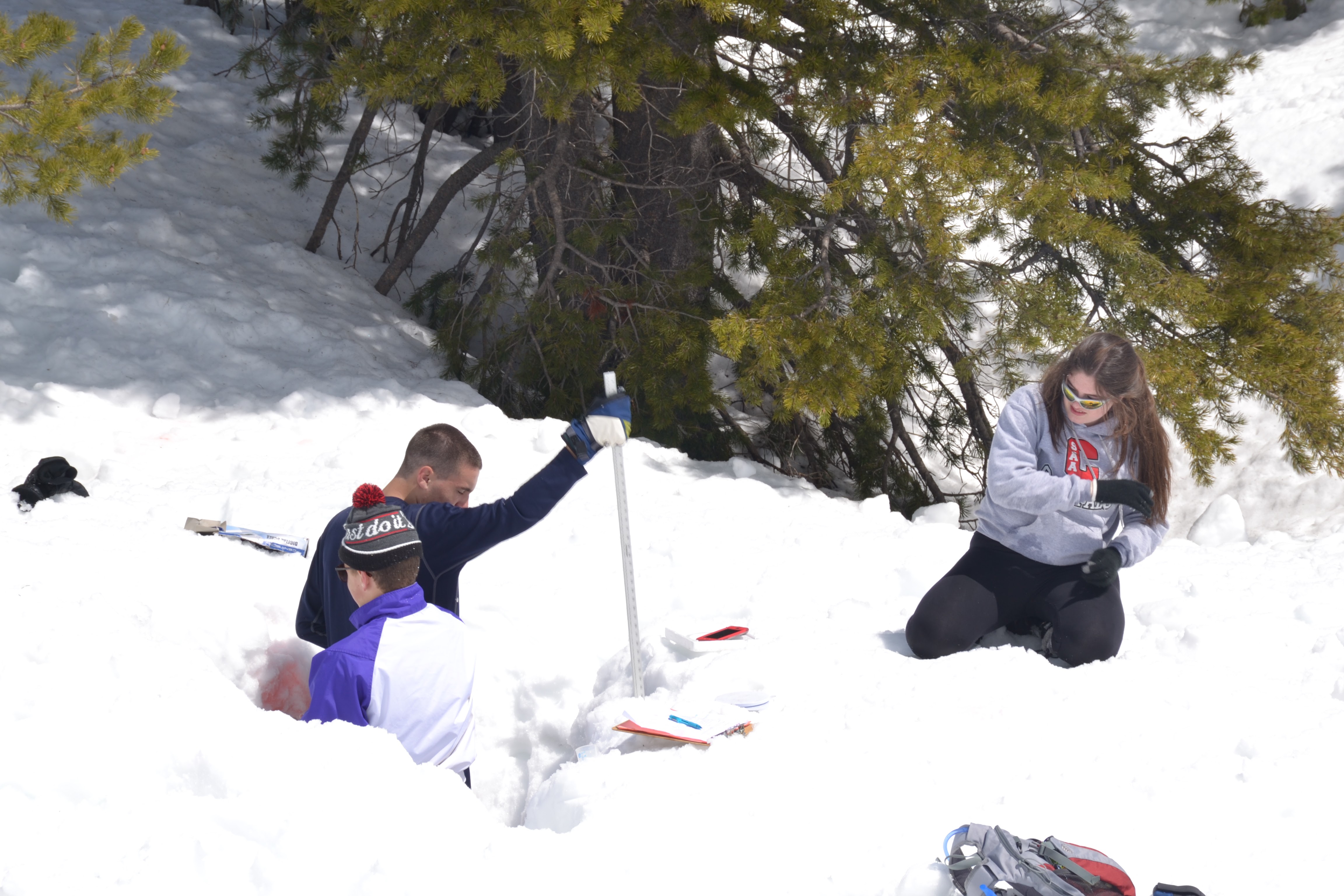 program started in their classroom session where students designed research projects on topics that included: comparing pH and dissolved oxygen different
runoff pools and creeks, testing how human impacts can affect water quality, and how to assess tree health from pine cone development. The next day students traveled to Soda Springs, CA where they conducted experiments to test their research question. Many of the student had never seen this much snow before and very were grateful for the snowshoes. Back in the classroom, students used the data they collected to analyze their hypotheses and create scientific posters. One group found that snow at the bottom of the snowpack is more dense and less permeable to water. Another student measured how sediment runoff from unpaved parking lots can decrease water clarity. All in all the program was a big success. 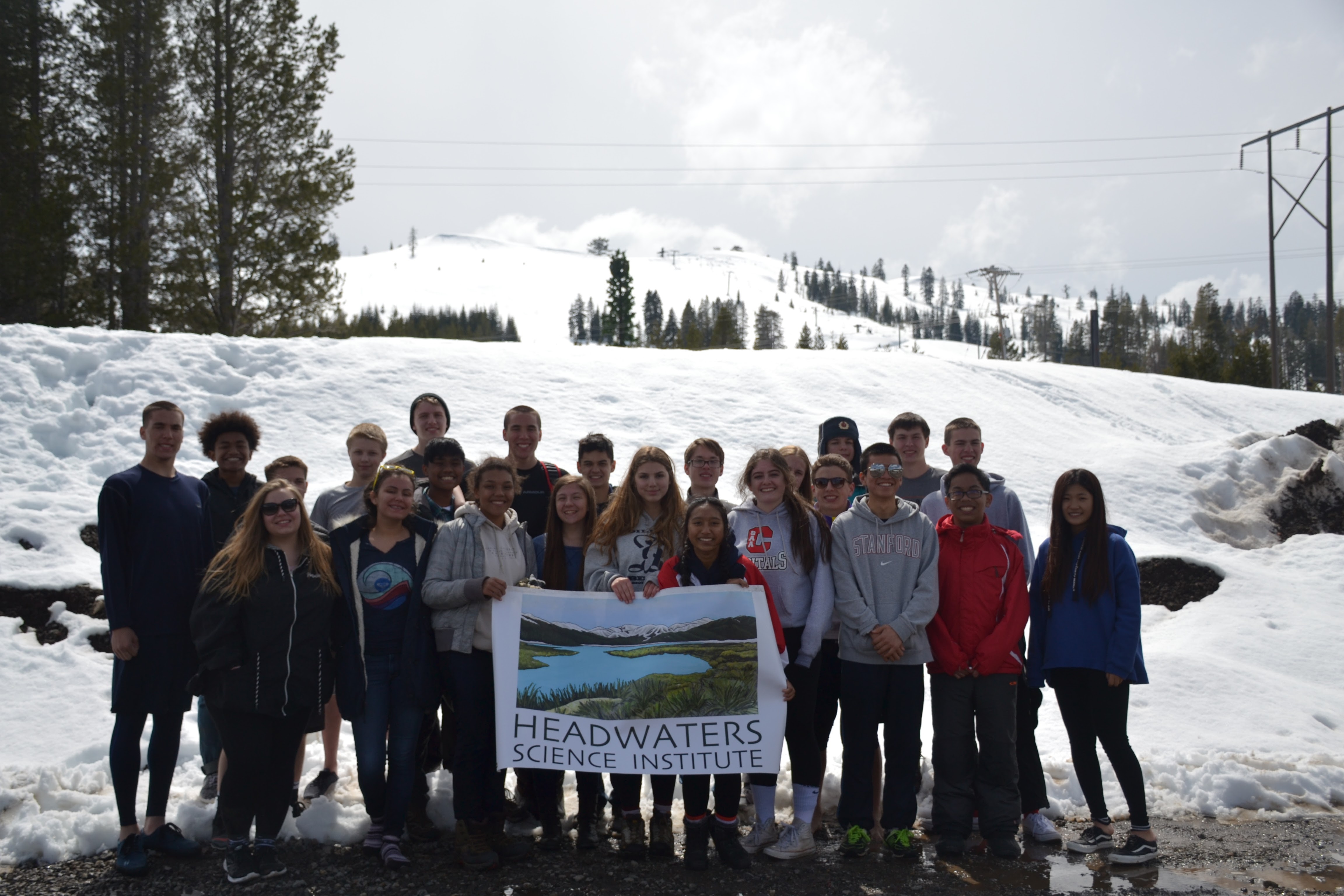 A majority of students reported in surveys that they learned something they would not have learned in their regular classroom. Both of these programs would not have been able to happen without the Truckee Donner Land Trust, which conserved the land students studied, and Tahoe Donner, who donated the use of snowshoes.