Learn about the Mountain Pine Bark Beetle (Dendroctonus ponderosae) through this lesson.

Get this lesson: You can download the full packet here or read a condensed version of this unit below.

Worksheet: Download just the worksheet or there’s a copy included in the packet.

The Mountain Pine Bark Beetle (Dendroctonus ponderosae) is a species of bark beetle native to forests in North America. It is the size of a grain of rice and has a hard black exoskeleton. This beetle inhabits Ponderosa, Whitebark, and Lodgepole Pines, normally playing an important role in the life of a forest, but unusually hot, dry summers and mild winters in the mountains have led to an unprecedented epidemic of this insect.  Coupled with a century of fire suppression and monoculture replanting, the infestation may have significant effects on the capability of the forests to thrive and  remove greenhouse gases from the atmosphere. 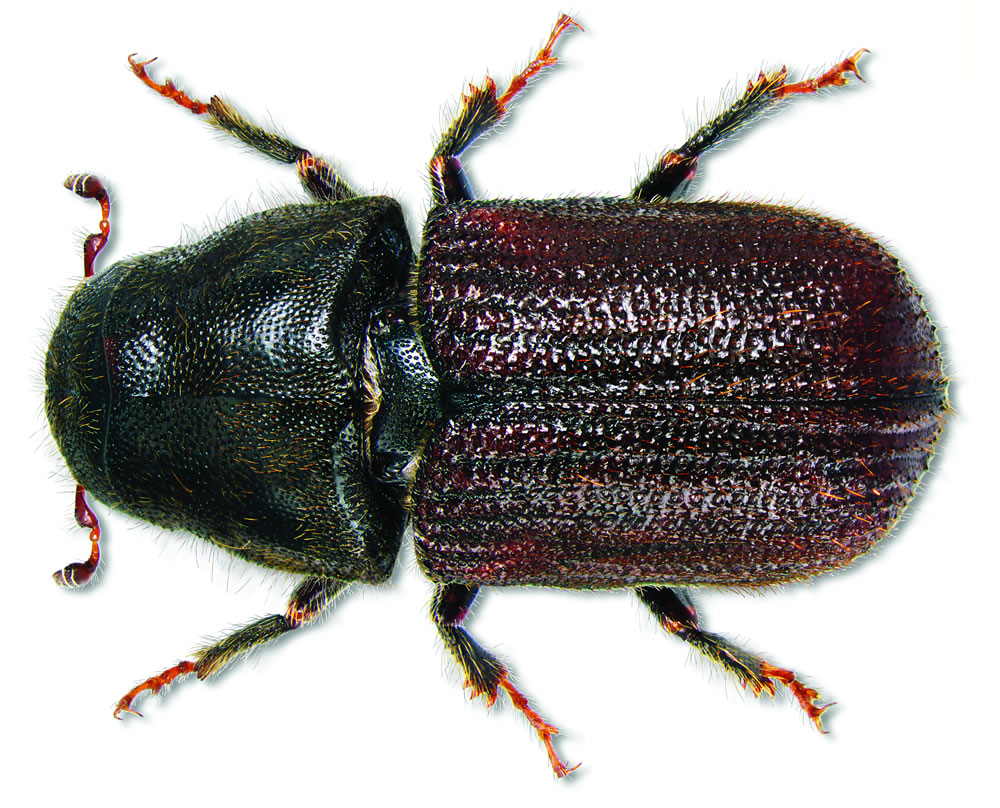 Female beetles initiate attacks. As they chew into the inner bark and phloem, pheromones are released, attracting male and female beetles to the same tree. They chew through the bark until they reach the phloem, a cushy resinous layer between the outer bark and the sapwood that carries sugars through the tree. There, they lay their eggs in tunnels, and eventually a new generation of beetles hatches, grows up, and flies away. But before they do, the mature beetles also spread a special fungus in the center of the trunk. The fungi leave blue-gray streaks in the trees they kill. A healthy tree can usually beat back invading beetles by deploying chemical defenses and flooding them out with sticky resin. But just as dehydration makes humans weaker, heat and drought impede a tree’s ability to fight back—less water means less resin.

Tiny Beetle Outbreak – University of Montana Professor Diana Six summarizing beetle problem and how to approach it.
What is The Mountain Pine Beetle? – A basic overview of the beetle infestation.

Description: students analyze forests near their home for signs of bark beetle infestation

Methods: Students look for signs of beetles Using this guide and measuring a study area with a transect. Students track findings in multiple areas to get an average. If known beetle damage is present, students can also observe smaller areas of dead or dying trees using a quadrat.