Learn how insects play a critical role in our ecosystem through this lesson.

Get this lesson: You can download the full packet here, or read a condensed version of this unit below.

Worksheet: Download just the worksheet, or there’s a copy included in the packet.

Insects are invertebrates that are found all over the world and are incredibly important indicators of the health of ecosystems.  Insects tend to have a segmented body, legs, bilateral symmetry (both sides of their bodies look the same), and an external skeleton that often molts (sheds and regrows) as the insect grows.  Insects are quite unique in that they are found in nearly every part of the globe, including the Arctic.  They are the most abundant group of organisms on the planet; there are over 1,000,000 different kinds and they have been around for nearly 300 million years. 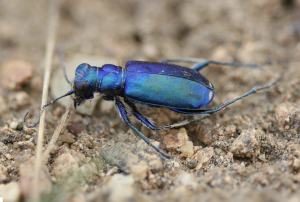 Insect Decline in 5 min – An overview of the importance of insects and why their decline could be catastrophic.

Life of Insects | Attenborough: Life in the Undergrowth – An insight into the world of insects  there might be a better one?

Why are insects important? – A short and simple guide on the importance of insects.

Maggot medicine – A look at how maggots could be used for wound healing in humans.

Methods: Make an insect sweep net that can be used to collect samples for a research project. See how to do it in this video.

Supplies: a white t-shirt or pillowcase, needle and thread, a hot glue gun or duct tape, a stick

CC: Cause and effect
Stability and change
Patterns