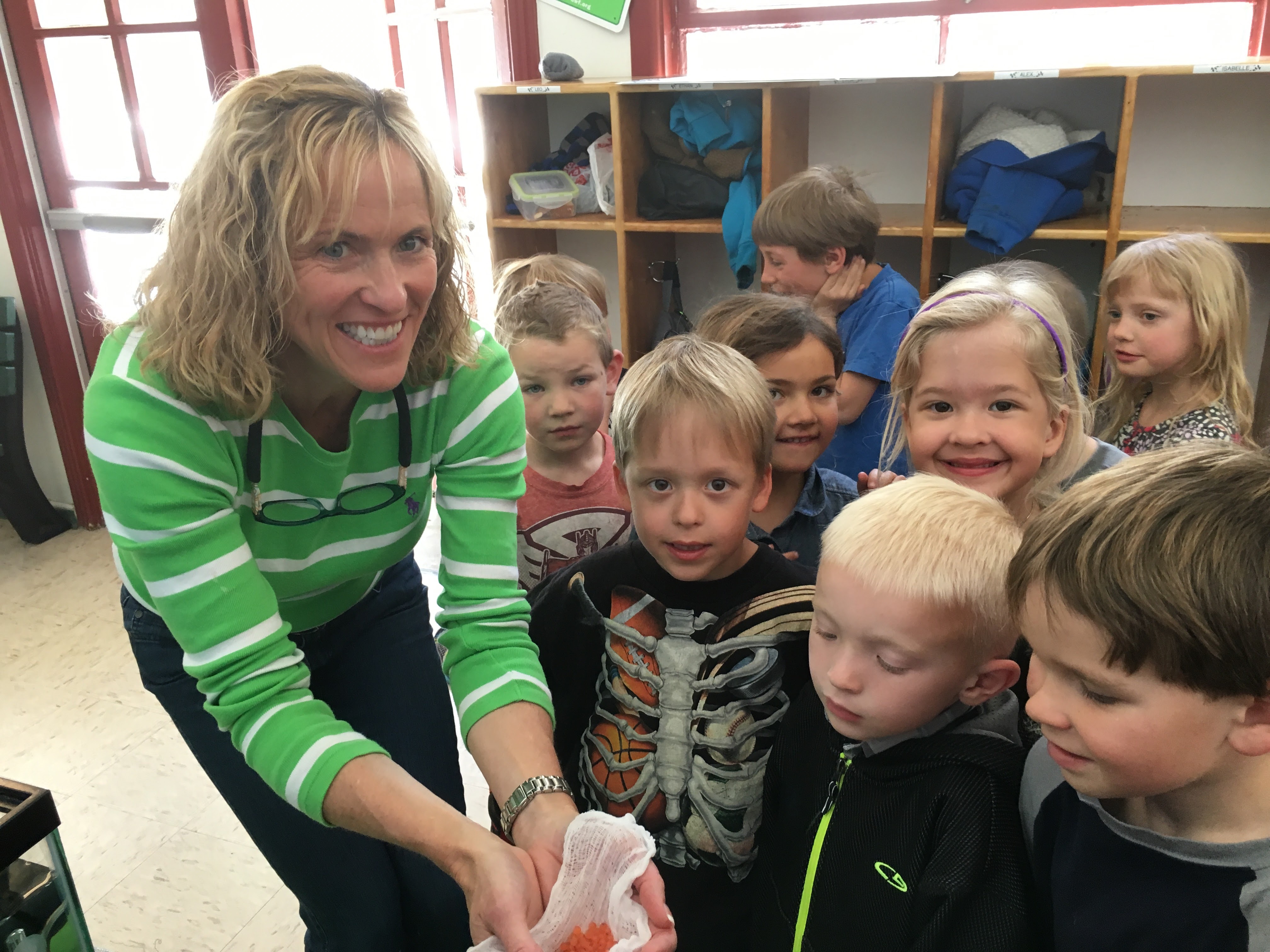 Mrs. Reed’s K-1 class at Donner Trail Elementary in Kingvale, California has been working with Headwaters and a couple of other non-profits this spring to raise Lahontan Cutthroat Trout in their classroom. Lahontan Cutthroat trout are native to only a few rivers and lakes in Western Nevada and the Lake Tahoe region of California and are classified as “Threatened” under the Federal Endangered Species Act. The trout eggs were provided by the Trout in the Classroom project and SWEP (Sierra Watershed Education Partners). The students received 150 trout eggs on April 19th and have watched the eggs develop into Alevin (first stage after the eggs hatch, they can’t yet swim) and now into Fry (they have started swimming). When all of the trout reach the Fry stage they will be released into the nearby Donner Creek at Donner Memorial State Park in Truckee, California. 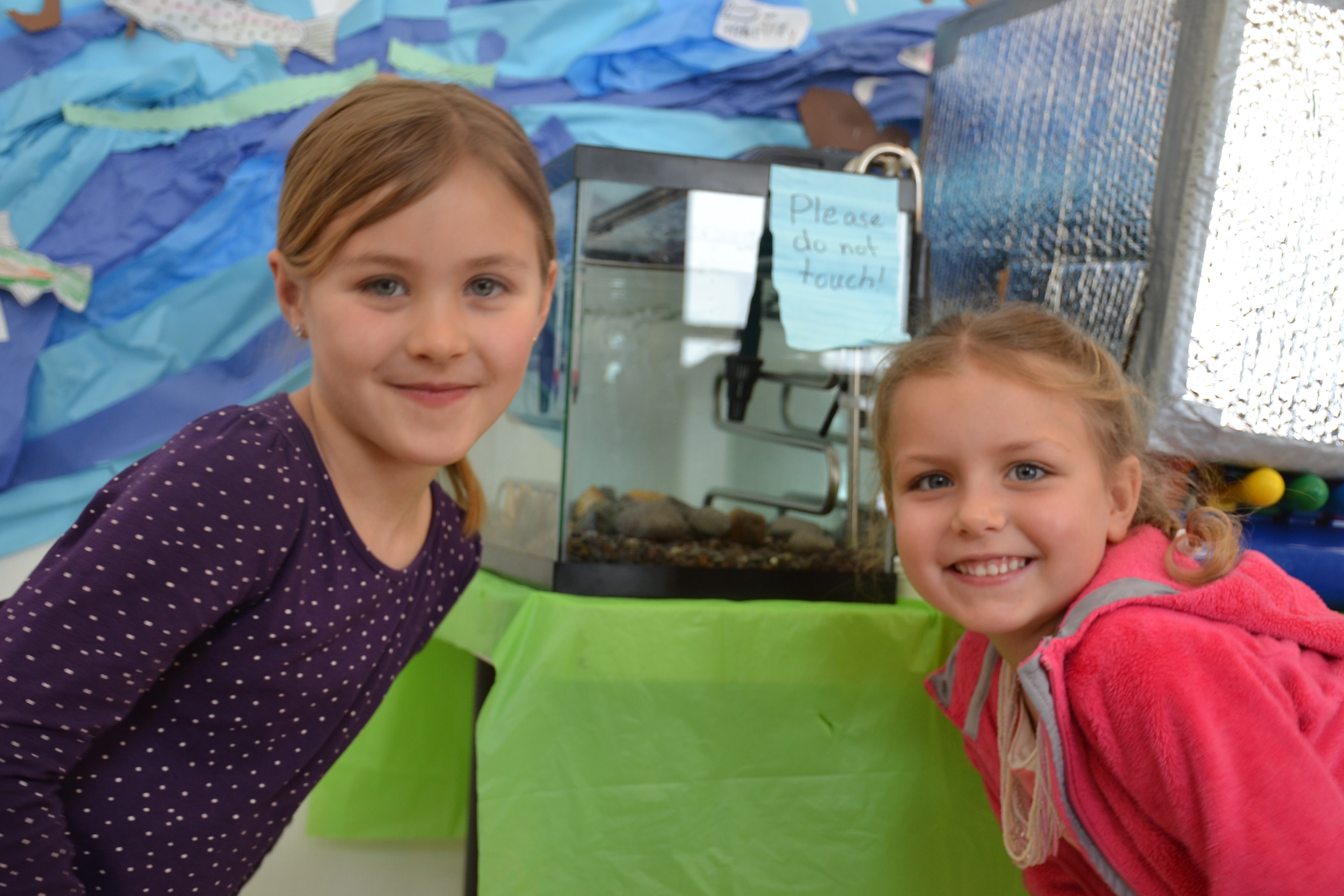 Students were interested in a number of complex questions about the trout, realizing that they are able to learn about Lahontan trout in general by studying this small sample within their classroom.

Here are the questions the kids came up with and some of their hypotheses:

How many will survive? So far 12 fish or eggs have died and roughly 138 fish will be released next week. It is a good thing that trout lay so many eggs (hundreds at a time). If 12 people babies died, it would be a lot. People only have one baby at a time, but they also have a much higher survival rate than fish. Fish have a lot of babies, but not all of them survive. 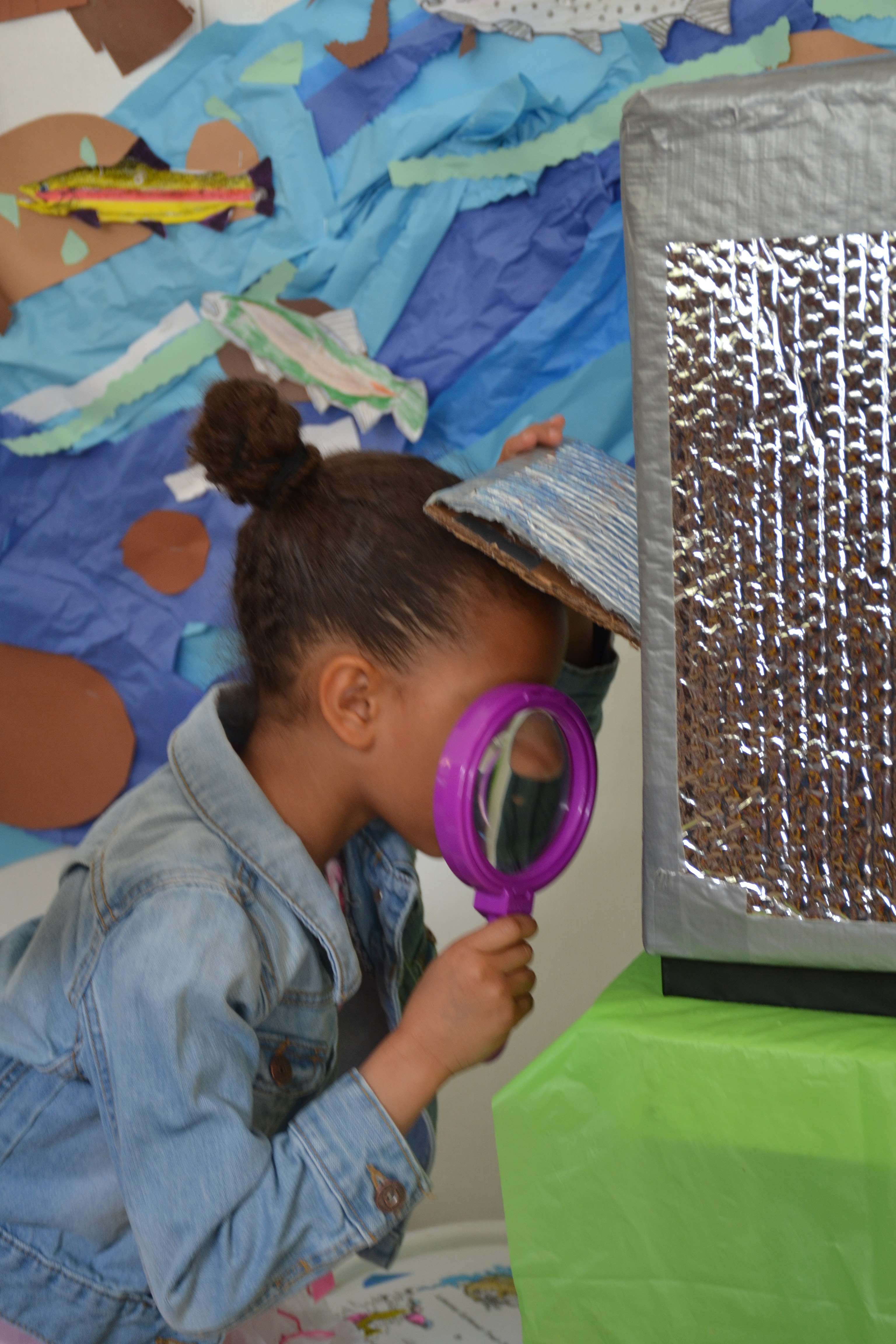 Will they all hatch and develop at the same time? They began hatching two days after they arrived and the last eggs hatched on the sixth day after they arrived in the classroom. They did not all develop on at the same time. The first fish moved from the Alevin stage (meaning they got fins and mouths) on day 13. On day 14 a few more were swimming. By day 16 there were about 10 fish that had moved to the Fry stage. The rest of the fish still remain in the rocks and continue to develop. We learned that they develop pretty slowly and that each fish is a little different. Even though their eggs were laid on the same day and we have been raising them all in the same place, they don’t all hatch together. 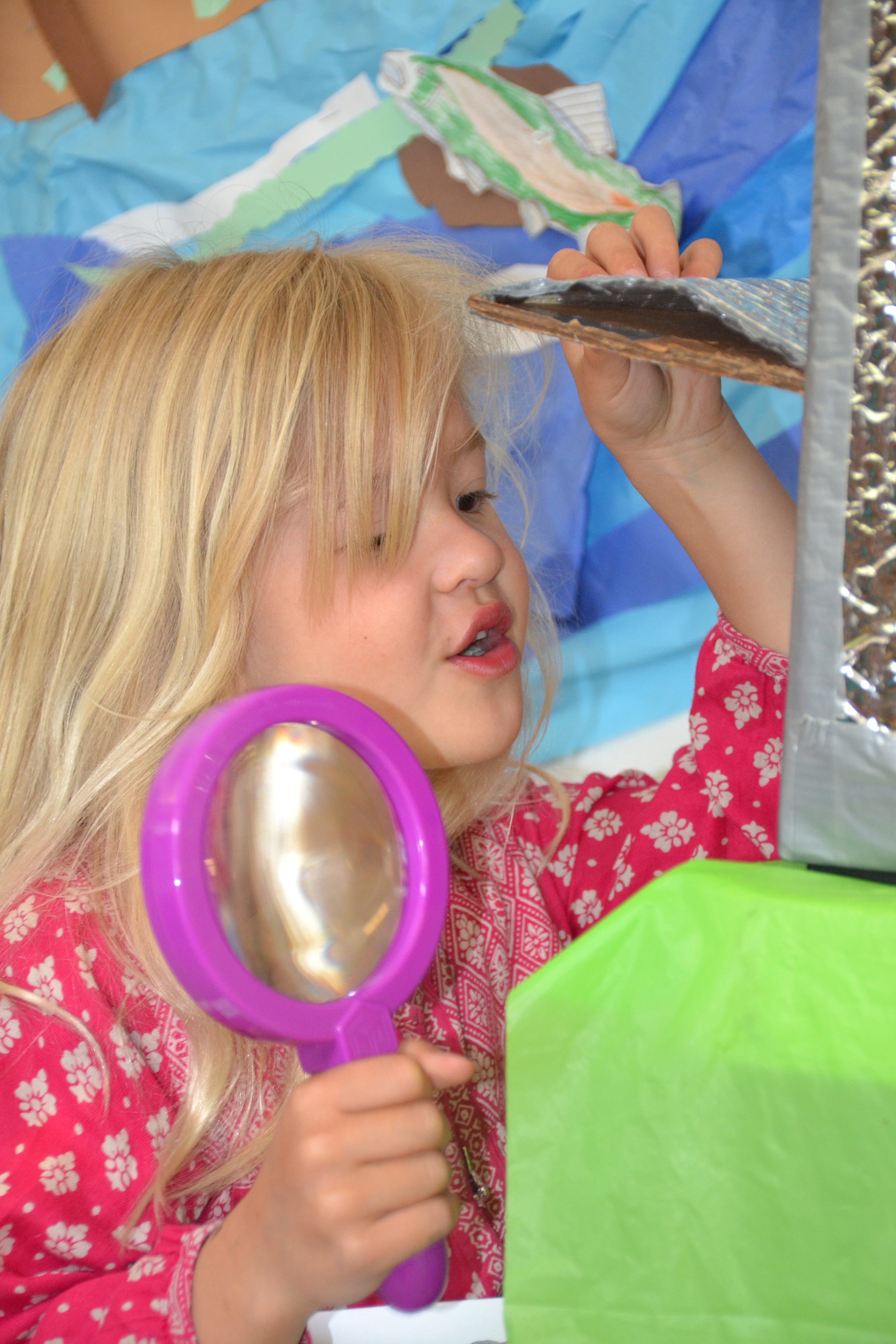 they only live in some rivers and lakes near us. They are Threatened, meaning that there aren’t that many of them left in the wild. We are hoping to help the trout by raising them in our class. We think more of them hatched and turn into fry than if they were in the wild. We hope they can swim well enough for them to survive once we release them.

We learned that the trout need to be raised in very cold water like the lakes and rivers that they live in the wild. We also found out that they need to have lots of oxygen in their water. The trout need to live in the dark because the light can hurt them. In the wild they live on the bottom of the rivers and lakes where it is dark. They need to have clean water to survive. Our teacher has to change out their water every few days. It is hard work raising trout, but we have learned a lot and done a good job because so many survived!

Make sure you check out their amazing class video! To see more photos go here. Click to see the class on Science Friday #takeasample. To hear them on the air listen here, they are about 13minutes in.